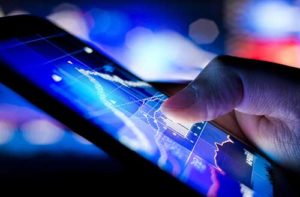 Currency valuations across the emerging markets are being affected by recent financial turmoil in Turkey and Argentina. The Turkish currency, the lira, has fallen over 40% year to date versus the U.S. dollar. The Turkish lira has been the hardest hit so far this year of all of the emerging market currencies. Emerging market currencies, as tracked and measured by the MSCI International Emerging Market Index, has had a continuous decline since the beginning of 2018.

Concerns about the exposure that European banks have to Turkish bonds became a forefront topic for global bankers. Government spending by Turkey has been equal to that of the government in Greece that led to the countryâ€™s debt crisis in 2012. Circumstances that occurred in Greece are appearing in Turkey as mounting government debt has hindered the governmentâ€™s finances and integrity.

The Argentine peso has lost over half its value versus the U.S. dollar so far this year. A sell-off in the Argentine currency was exacerbated when the president of Argentina asked the International Monetary Fund to speed up its release of $50 billion in bailout funds for the country.

Large international banks and institutional holders of emerging market debt buy insurance to protect themselves from default, should countries become unable to pay their debt. The insurance is known as credit default swaps or CDSs. The cost of insuring debt against a default has risen for various countries over the past few months, most notably Lebanon, Turkey, Pakistan, and Argentina.