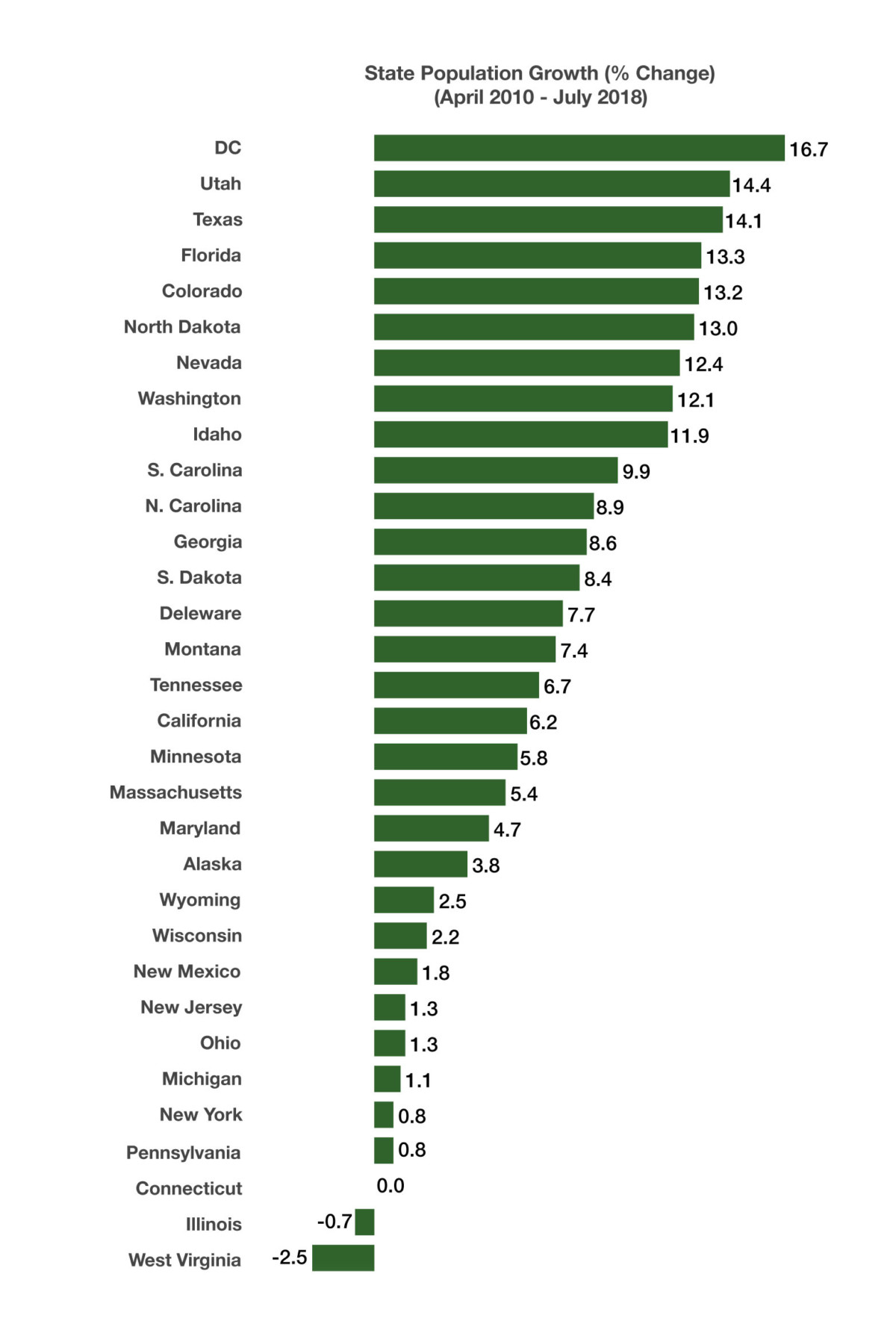 Various factors have made some states more attractive than others, influencing the migration of citizens from state to state. Weather, taxes, jobs and housing affordability are among the primary factors incentivizing people to move from one state to another.

The U.S. Census Bureau tracks population growth and declines for the 50 states, which individual states carefully monitor in order to determine any tax revenue changes for the states. Demographics is also a contributing variable as residents leave one state and head to another. The Census Bureau found that higher paid Americans with an elevated education were the main migrants to California, where housing and taxes are among the most expensive nationwide.

Data compiled over the past 10 years by the Census Bureau revealed a number of states as the primary recipients of new residents, including Utah, Texas, and Florida. Lower unemployment rates have allowed other factors such as weather and housing to become more of a deciding factor.

Some states are more susceptible to swings in the economy and particular industries affecting the population growth of the state. North Dakota saw an incredible population growth in 2011, 2012 and 2013 as the fracking industry drew people in from nearby states for an abundance of jobs. The state has since seen a reallocation of energy related fracking workers move to other states such as Texas and New Mexico where their experience was garnering more attractive wages in addition to more favorable weather.