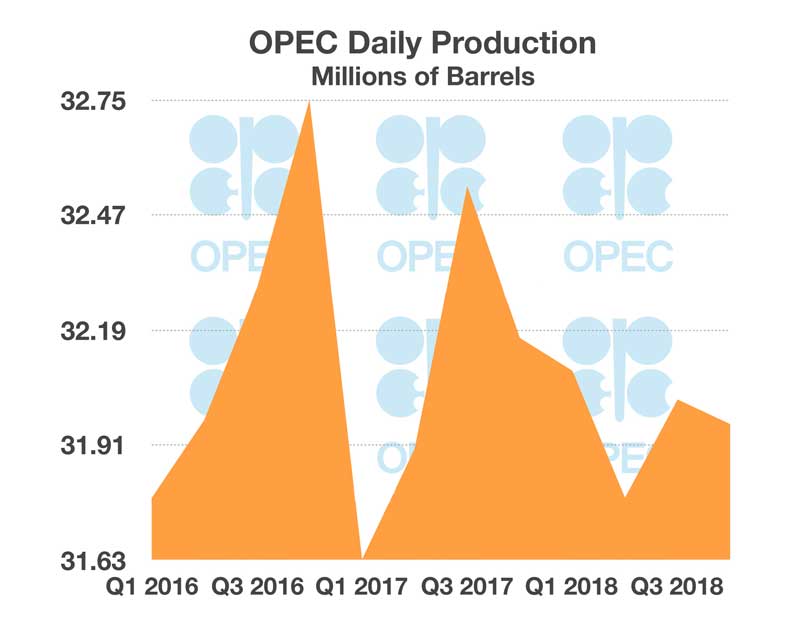 The once almighty oil cartel known as OPEC (Organization of the Petroleum Exporting Countries), has weaken to the point that its members have lost confidence in the organizationâ€™s ability to manage and control oil prices as it has done for decades. Recent political events for certain OPEC members have further hindered OPEC with sanctions on Iran and the demise of Venezuelaâ€™s oil industry.

Descent among the organization has enticed Saudi Arabia and other members to seek alternative arrangements. Discussions among a 10 nation group, including Russia but not Iran, was a consideration reviewed in February.

OPEC was established in 1960 with an initial group of 14 oil producing nations. As of September 2018, OPECâ€™s member countries account for 44 percent of global oil production and over 81 percent of the worldâ€™s proven oil reserves. Because of itâ€™s cartel structure, OPEC has been the primary influence on global oil prices and supply for decades, until now. Over the past few years, the onslaught of non-OPEC producers such as U.S. shale oil production, has hindered OPECâ€™s supply and price control of the global oil markets, hampering its global influence on the industry.