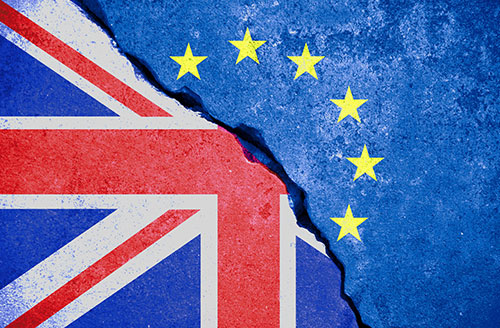 Turbulent and politically charged challenges between the British government and Parliament
have resulted in numerous failures to finally execute Britain’s departure from the EU, known as Brexit.

The significance of Britain exiting the EU may eventually be substantial as other countries may decide to cast similar votes whether or not to leave the EU. Several of the existing members are anxiously awaiting the outcome of Brexit to determine how challenging both politically and economically it may be. As of the end of 2018, Britain represented roughly 13% of the EU’s total GDP, ranking second in terms of GDP after Germany.

The EU (European Union) was established following the end of WW II in order to offer financial and structural stability for European countries. Since its establishment, the EU has grown to a membership of 28 countries, abiding by various rules and policies set forth by the EU Council.

One of the responsibilities of member EU countries is to accept and honor immigrants and citizens from other EU countries as part of the human rights initiatives recognized by the EU. Immigration has been a topic of contention among various EU countries for some time. This was a decisive factor for Britain leaving the EU since its economy and cities have been inundated by foreign-born immigrants seeking jobs and a better quality of life.

The markets have reacted negatively to the announcement, pushing down stocks, the British pound, and bond yields as investors seek the perceived stability of bonds while markets worldwide acclimate.

Since Britain has been part of the EU since 1973, it is expected that the unraveling of British ties from the EU could take years. Contracts, employees, and laws will all have to be revised, reshuffled, and rewritten in order to accommodate the divorce between the two.

Now that the British have decided on leaving the EU, many believe that another referendum could possibly be presented in France and other EU countries. The concern of a domino affect is very realistic, as several other EU members are experiencing similar frustrations as Britain.

Expected effects in the U.S. include: