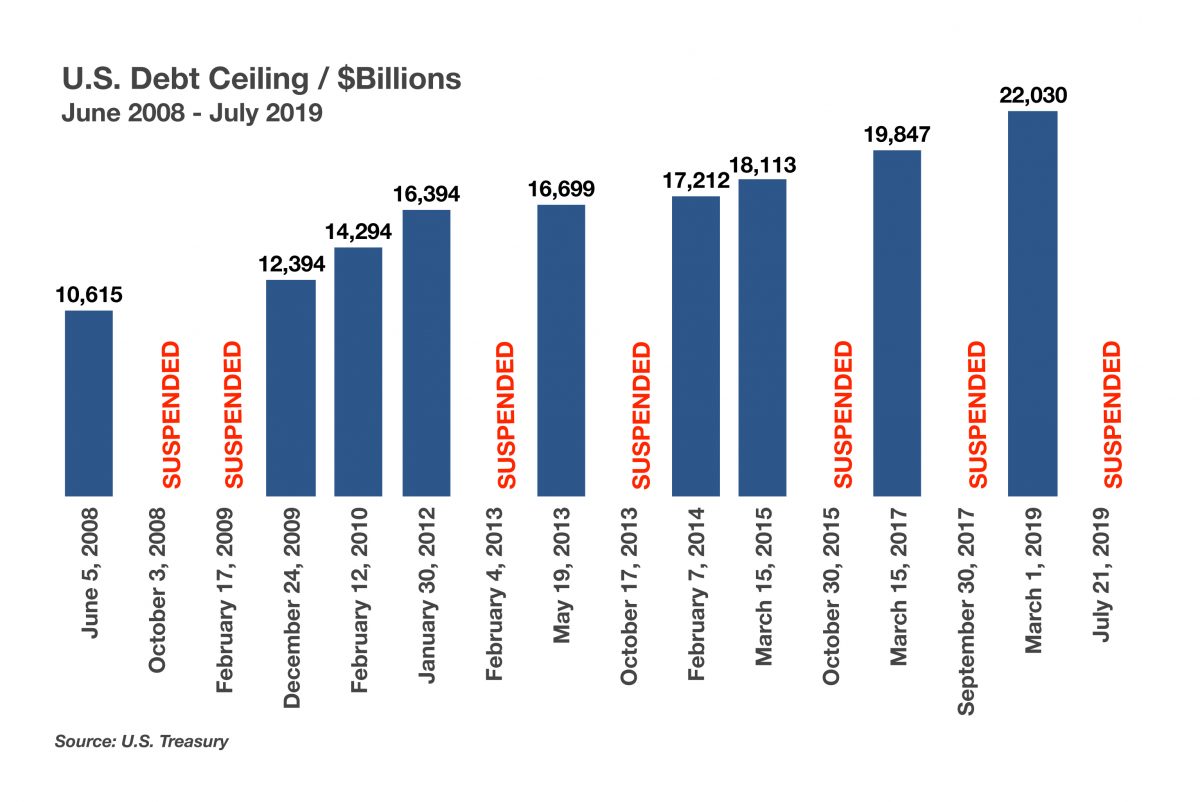 Formally known as the statutory debt limit, the United States debt ceiling or debt limit is a legislative restriction on the amount of national debt that can be issued by the Treasury. The debt limit has been raised 79 times since its creation in 1917, with 17 of these increases occurring over the past 20 years.

The debt ceiling may also be suspended, meaning that spending can continue without a Congressional vote until a specific date. On July 21st, Congress voted to suspend the debt limit until July 21, 2021, thus allowing for an increase in borrowing to meet expected expenses over the next two years.

The United States has maintained legislative restriction on debt since 1917. To control the amount of total debt outstanding, Congress has placed restrictions on Federal debt issuance since the passing of the Second Liberty Bond Act of 1917, which eventually evolved into a general debt limit in 1939. The Second Liberty Bond Act of 1917 helped finance the United States’ entry into World War I, which allowed the Treasury to issue long-term Liberty Bonds.

The United States has never reached the point of default, where the Treasury is unable to pay its obligations. In 2011 the United States reached a point of near default, which in turn triggered the first downgrade of U.S. debt by credit rating agencies. Congress raised the debt limit with the Budget Control Act of 2011, which led to the fiscal cliff and set a new debt ceiling that was reached on December 31, 2012.