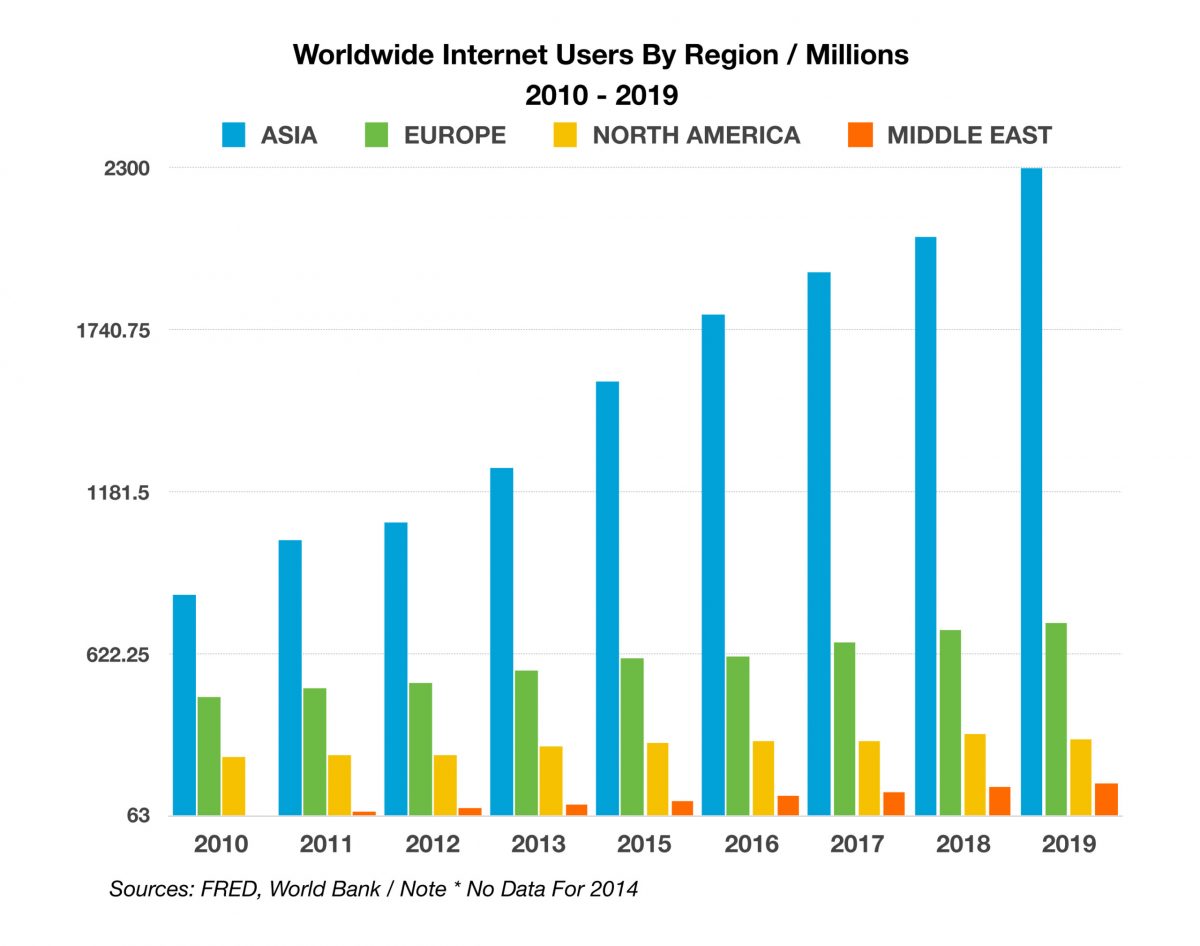 The 2010 decade witnessed a dramatic increase in internet users worldwide. There were over 4.3 billion users of the internet globally in 2019, that’s nearly 56% of the earth’s total population.

Limitations to internet expansion have primarily been infrastructure related. Remote regions with little or no electricity and connectivity have had the greatest challenges. Ironically, emerging countries with limited infrastructure have seen more internet growth than some developed nations.

Emerging global regions including Asia and the Middle East saw internet users more than double over the decade, as developed regions including North America and Europe saw less growth. Demographics have been an integral component to the internet’s growth, with younger populations, characteristic of emerging countries, being more prominent users. Since an older population is more representative of developed regions, there are less active users in regions such as North America and Europe.