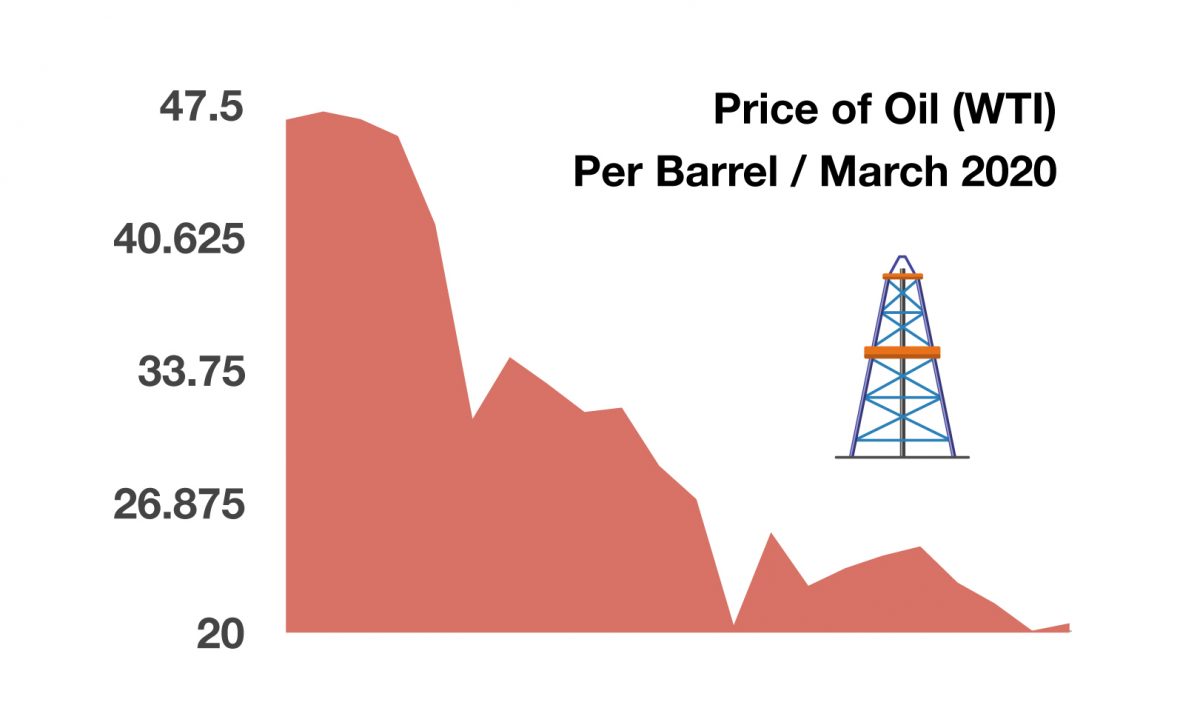 Extreme volatility appeared in the oil markets as prices fell to their lowest levels since 2002, tumbling to $20.37 (WTI) in mid-March, then rebounding 25% on March 19th, the largest one day rise in oilâ€™s history. Prices collapsed when Russia and Saudi Arabia signaled an increase in production as demand fell worldwide due to the virus outbreak.

Saudi Arabia and Russia engaged into an oil price war, which also contributed to oil hitting multi-year lows. In an aggressive attempt to capture market share from Russia, Saudi Arabia dropped their oil prices and ramped up supply to over 12 million barrels a day, 2 million more than previous supply levels. The newly launched oil price war cratered global stock markets with the largest one day decline since 2008.

The sudden and swift decline in oil prices has intensified profitability issues for U.S. producers, who have seen margins fall as prices have leveled off over the past few months. Sudden declines in global demand for oil due to the virus outbreak have also added to downward pressures.

Crude oil markets were in contango in March, a phenomenon when oil price futures are priced higher than current prices, thus enticing oil producers to store oil obtained at current prices for sale in the future at higher prices. The abundance of crude oil supplies globally has also led to a shortage of storage, which is necessary for oil producers in order to continue production.