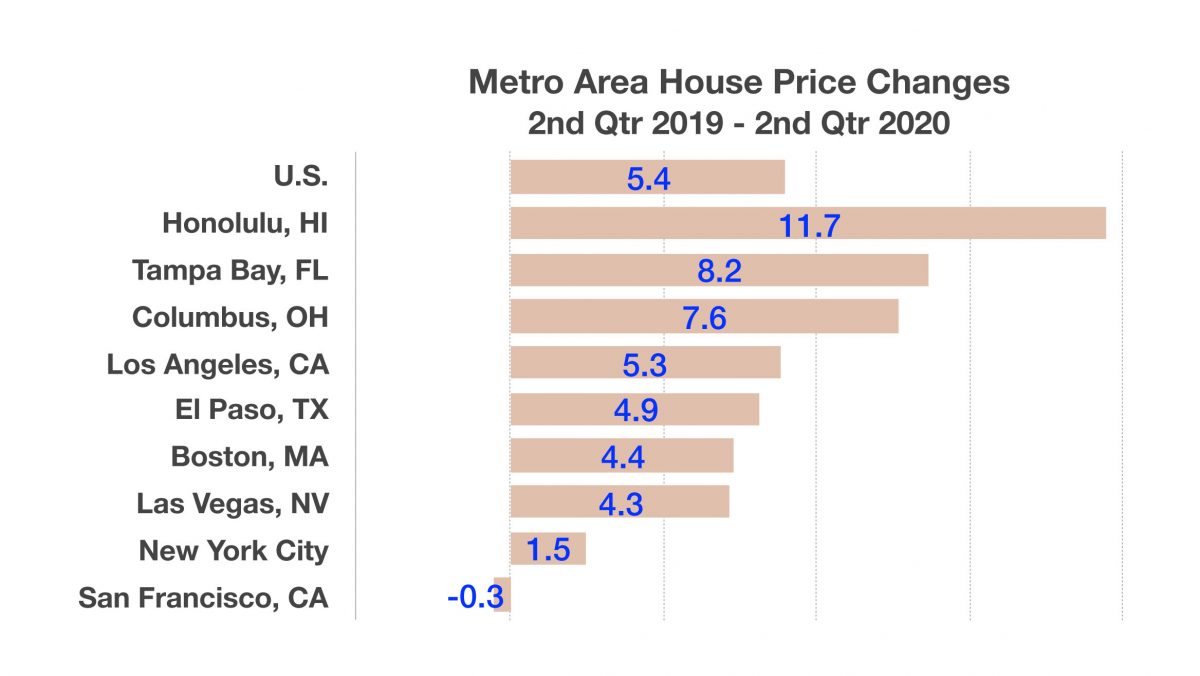 Euphoric media reports about the housing market are starting to come into question, as the fragility of the housing market is gradually being exposed. The FHFA House Price Index revealed that housing prices nationwide rose a paltry 5.4% in the past year, with some regions seeing much slower growth.

The onset of the pandemic in March brought about a flurry of stimulus efforts meant to ease the financial burden for millions of Americans. Housing was a primary concern as the unemployment rate spiked and paychecks dwindled. In response, the Federal Housing Finance Administration (FHFA) announced a moratorium for both evictions and foreclosures through August 31, 2020. That moratorium has since been extended to the end of the year to allow homeowners additional time to sort out and catch up on their rent and mortgage payments.