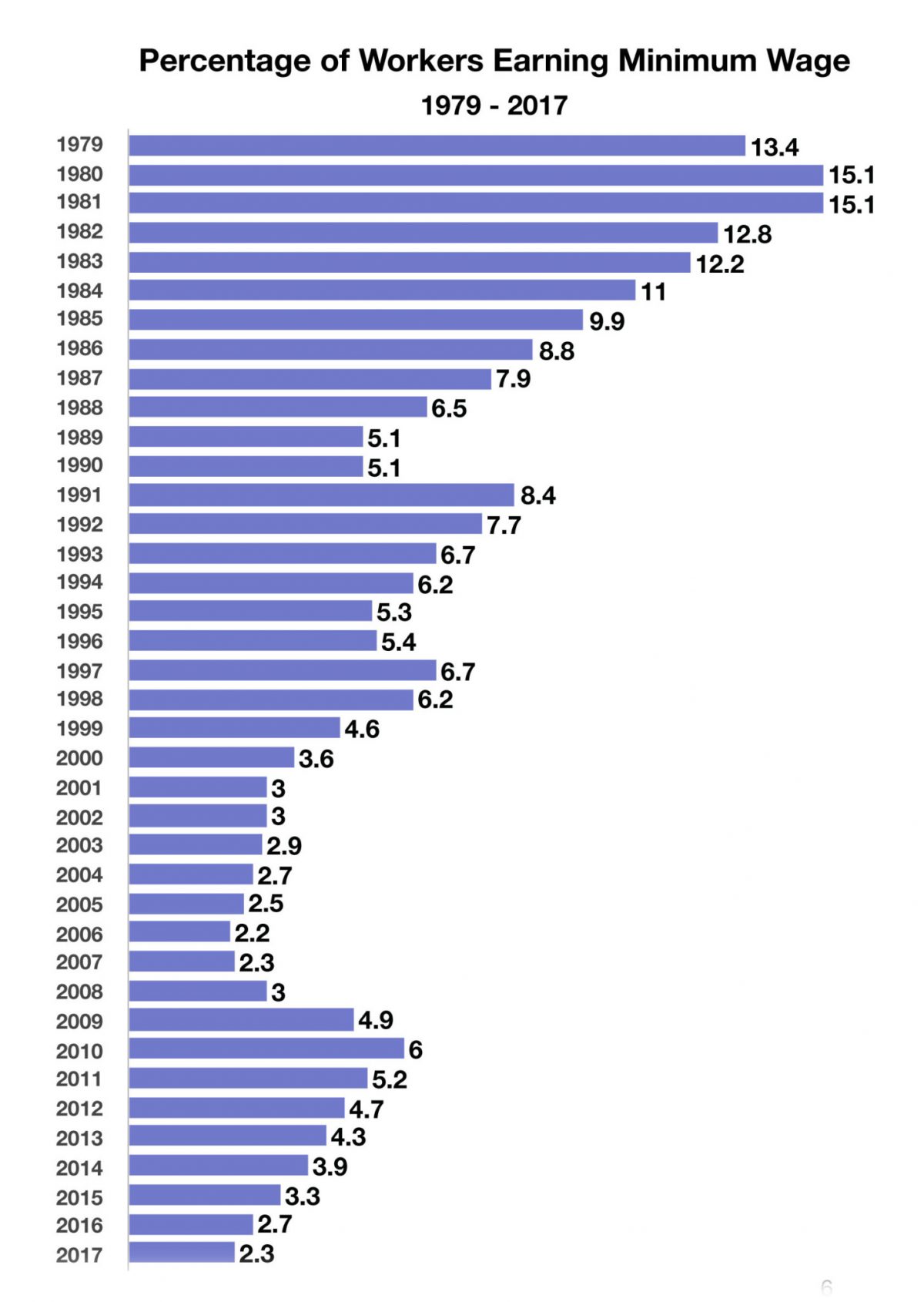 For over 82 years, workers in the United States have been granted a minimum wage level for their benefit. An initial attempt to establish a minimum level for wages occurred in 1933, when a depression era mandate set a wage minimum at 25 cents per hour ($4.10 in 2012 dollars). The National Industrial Recovery Act, which was the act that the initial wage evolved from, was declared unconstitutional by the Supreme Court in 1935.

In 1938, the minimum wage was re-established successfully under the Fair Labor Standards Act. The act held ground because the Supreme Court noted that Congress had the power under the Commerce Clause to regulate employment conditions. Since then, a minimum wage has always been in place and enforced nationally.

Currently, the federal minimum wage is $7.25 per hour, where it has been since the last increase in July 2009. Some states and municipalities have set minimum wage levels higher than that of the federal level. Of the states, California currently has the highest minimum wage at $14 per hour for employers with 26 or more employees.

There are 25 states that are raising minimum wage rates in 2021, with some effective on January 1, 2021, with others effective later on in the year. Current congressional deliberations are considering raising the federal minimum wage to $15 per hour, more than double the current rate.