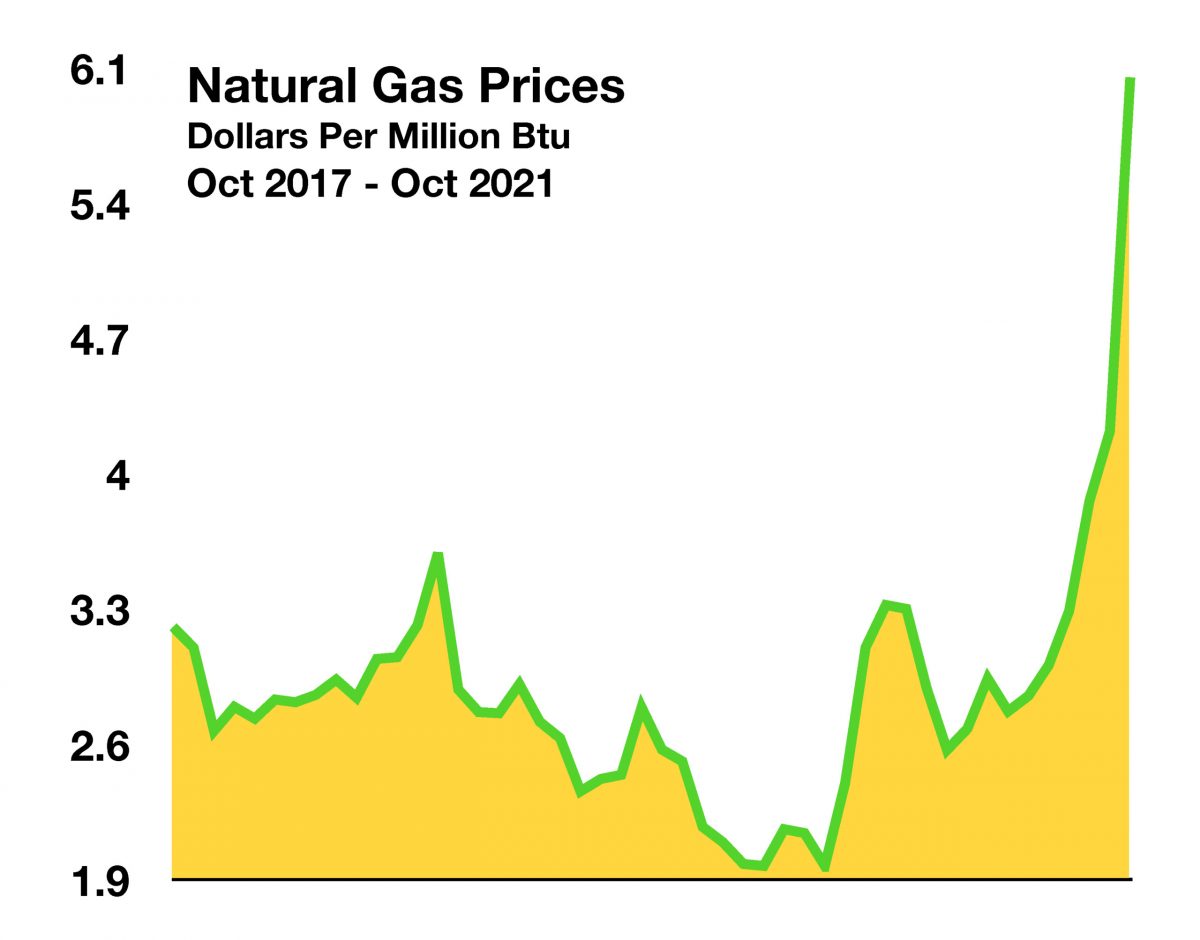 Natural gas prices soared to levels not seen since 2008 as increased demand and limited supply have pushed prices to nearly triple from where they were in May 2020. Expanding global demand due to an economic rebound from the pandemic has created an energy gap for countries and consumers worldwide.

Becoming a more popular and widely used commodity for energy needs, natural gas has become one of the world’s leading sources of energy, with the United States as the leading producer.

New drilling technology, in addition to the amount of accessible natural gas, has accelerated over the past few years. Numerous companies and agencies, including the Department of Energy, now estimate the nation’s natural gas resource base is so vast that its development is potentially an enormous benefit to the economy and a competitive advantage for many U.S. companies.

Manufacturers in the United States may be among the biggest beneficiaries of abundant and affordable natural gas since inexpensive power generation is critical for U.S. manufacturers to compete internationally. We are already seeing a revival of some manufacturing in the U.S., partly because of the reduced cost of powering a plant.

In relation to job creation, shale gas production supported more than 600,000 jobs in 2010, a number projected to increase by more than 1.6 million by 2035. The Department of Energy estimates that the United States has not only a significant supply of natural gas but quite possibly one of the largest worldwide. With such vast amounts of inexpensive natural gas, the U.S. is slowly developing efficient means of not only drilling it but also exporting it. As the U.S. continues to discover and extract natural gas nationwide, the price drops as supply grows. This elevates the U.S. to becoming an exporter globally, where prices are higher due to increasing demand.