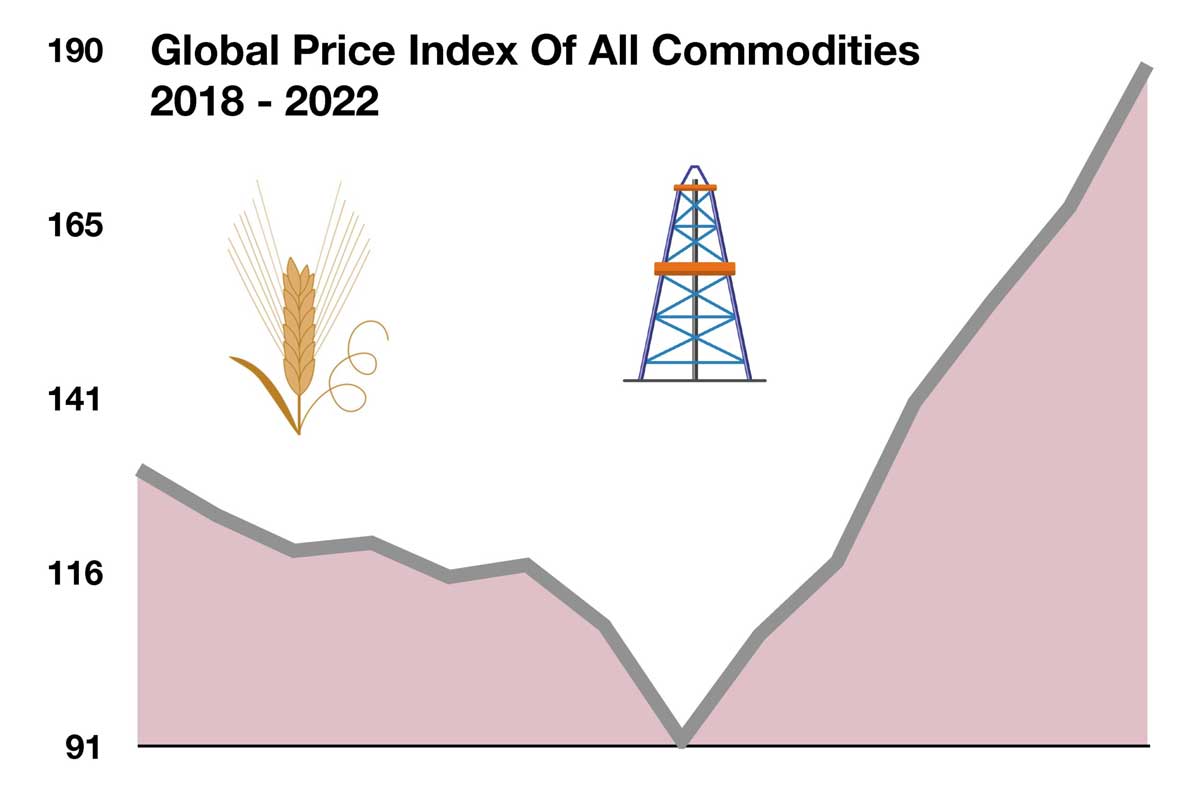 Geopolitical rifts emulating from the Russian invasion of Ukraine roiled financial and commodity markets globally as uncertainty arose surrounding the extent of the conflict. Ramifications from the conflict could take months or longer to unfold, as imposed sanctions on Russia may ripple through the global economy affecting energy, technology, and food industries.

Inflation rose to a 7.5% annual rate for the month of January, the highest since February 1982, influencing the direction of interest rates across a multitude of consumer loans. There is growing hesitation about such reliance on lagging inflation data since leading economic indicators are starting to signal a slowdown in various areas. The Ukrainian conflict may add to near-term inflationary pressures, yet derail economic momentum as various energy-sensitive industries face higher costs.

Russia is currently the world’s third-largest exporter of oil and third-largest wheat producer, two commodities expected to be impacted throughout Europe and globally as tensions unfold. Ukraine supplies about 13% of global corn exports and 12% of global wheat exports, much of which is imported by China and Middle Eastern countries.

Falling Covid cases across the country are prompting more states to ease mask requirements while others retain existing rules. More liberal restrictions have allowed a growing number of businesses and restaurants to expand operations and revenue.

Central banks worldwide may need to recalibrate monetary tightening policies as persistent inflation and a possible global economic slowdown will be challenging to combat simultaneously. The Federal Reserve is expected to start raising rates this month as it keeps its pledge to stem inflation.

Rising gasoline prices nationally may be hindering consumer confidence, as a larger percentage of income is spent at the pump rather than on other items. Excessive fuel price increases can also stifle economic growth since the U.S. economy is still very dependent on oil and gasoline.

As one of the leading producers of energy worldwide, Russia exports essential energy products to Europe and Asia. Roughly 60% of Russia’s exports go to Europe while another 20% end up in China, Russia’s two largest energy trading partners.

Various commodities are rising in price as the invasion of Ukraine has delayed and halted exports of wheat, corn, oil, rare earth metals, and natural gas. Global commodity markets are seeing prices rise to levels not reached since 2008, inflicting inflationary pressures on countries and industries worldwide.