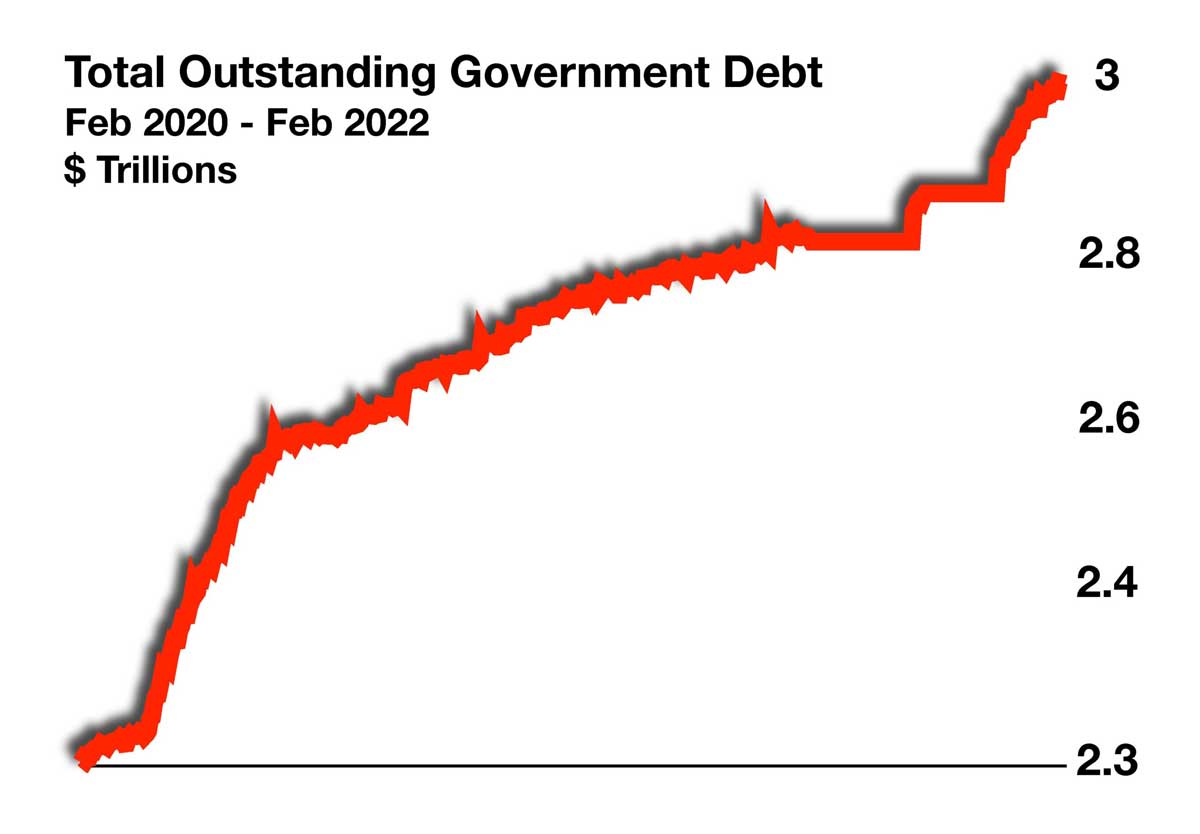 The issuance of debt by the U.S. government since the beginning of the pandemic in March 2020 resulted in another $7 trillion being added to the total debt outstanding. As of the end of February, total debt outstanding amounted to over $30 trillion, triple to where it was during the financial crisis of 2008.

Economists view the nation’s debt as a burden on fiscal policy, as debt payments can hinder public spending in other more productive areas. Rising interest rates are also a concern as the cost to borrow increases for the government.

Public debt includes all debt issued by the Federal Government in the form of U.S.Treasury bills, notes, and bonds. As shorter-term bills and notes come due, they are usually paid for by the issuance of new debt. The Fed’s pending rate hikes this month will increase borrowing costs for the U.S. immediately, as short-term debt comes due and is reissued.