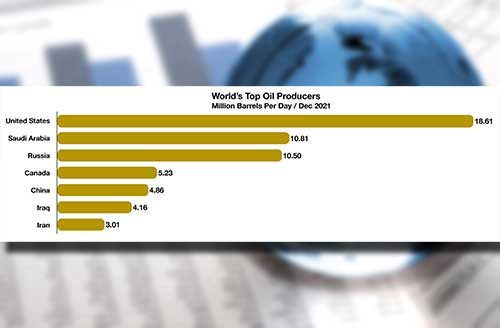 With oil production at nearly 19 million barrels per day, the United States produces nearly double what Saudi Arabia and Russia produce each day. Countries producing much less demand larger imports of oil in order to satisfy consumers, such as China.

Over the past twenty years, the U.S. has become nearly non-reliant on foreign oil, essentially producing what it consumes. Some analysts believe that the U.S. may be more immune from the Russian conflict than other countries, whose reliance on Russian oil exports is critical.

The United States does import oil from Russia as well as other countries in order to meet the country’s average daily consumption of roughly 20 million barrels. Imports from Russia have averaged about 22 million barrels per month, about the same amount the U.S. produces in a single day.