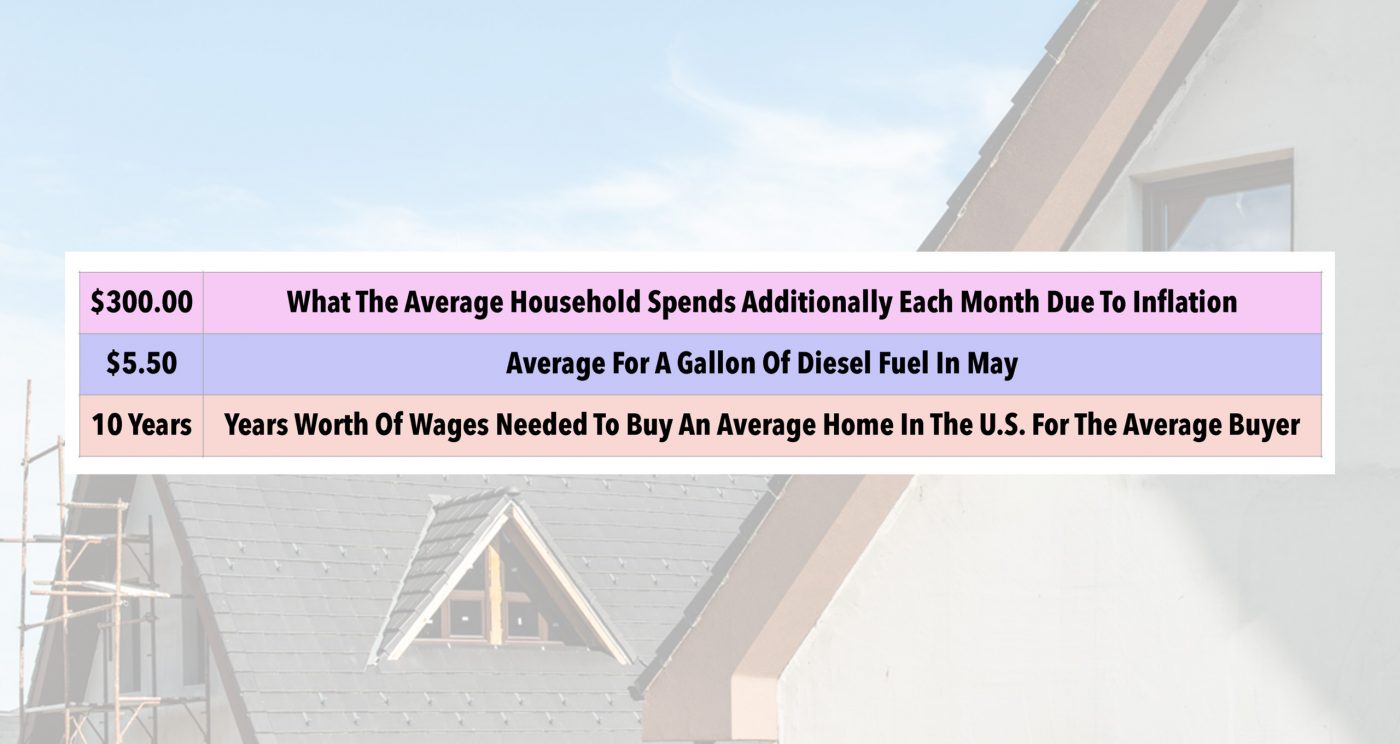 There’s a growing consensus among various economists and market analysts that inflation could force consumers to cut back on spending to the extent that a recession materializes. Consumer expenditures have an enormous impact on economic activity, representing 70% of the Gross Domestic Product (GDP).

Ironically, even the Federal Reserve seems to think that rising rates can pose a risk to the U.S. economy. The Federal Reserve Bank of New York released a report in early May identifying concerns members of the Fed have. Among the concerns are that elevated and persistent inflation, coupled with a sharp rise in rates could slow economic activity causing an increase in delinquencies, bankruptcies, and other forms of financial distress. The report also identified uncertainty surrounding heightened commodity prices and geopolitical risks attributed to the ongoing Russian conflict.

Inflation seemed to have eased a bit in April, but underlying price pressures continue to identify gasoline and energy costs as the most acute for consumers. Recent data showed a decrease from 8.5% to 8.3% annualized inflation rate for all items, however, gasoline’s 43% rise along with other energy products such as natural gas and electricity rising 30%, pose the greatest challenge to curtailing inflationary pressures.

Several senators, both Democratic and Republican, encouraged President Biden to maintain tariffs on imports from China, which were initially established by prior President Trump. Some had argued that the tariffs were inflationary to consumers, yet Chinese imports only account for 2 percent of the Consumer Price Index (CPI), which measures inflation. The tariffs are meant to protect U.S. companies and workers from low-cost imports being “dumped” in the U.S. marketplace, thus adversely affecting U.S. companies and employees.

Federal Reserve data is indicating a rise in revolving credit card usage and a decrease in the savings rate. Consumer credit outstanding has risen the most since November 2001, when the economy was in recession. The Federal Reserve calculates that the average household is spending an additional $300 per month due to inflation.

Soaring transportation costs are translating into higher prices for companies and consumers nationwide. A gallon of diesel has risen to over $5.50 this past month from $3.17 this same time last year. Diesel is the primary fuel used for transporting goods via trucks, trains, and shipping.

The Federal Reserve indicated that it plans to raise short-term rates again in June and July, but not as much as had previously been expected. Extensive inflationary pressures in conjunction with higher rates are thought to have begun a slowdown in consumer activity, a welcome sign for the Federal Reserve.

According to the Federal Reserve, it now takes the average home buyer 10 years’ worth of wages to buy an average-priced single-family home, double the historical norm of 5 years worth of wages.