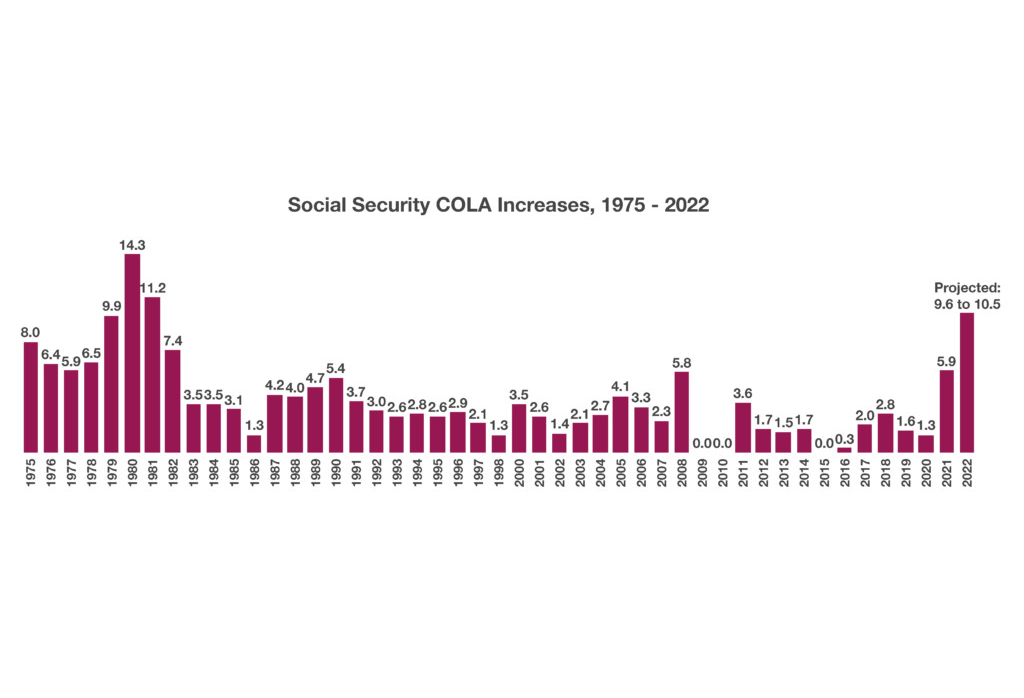 Many rely on Social Security and the annual increases known as the Cost of Living Adjustment (COLA) to keep up with inflation. The Cost of Living Adjustment (COLA) occurs annually and compares the 3rd-quarter Consumer Price Index for Urban Wage Earners (CPI-W) with its value at the same time the year prior. If the CPI increases, which would indicate an increased cost of living, the COLA adjustment rises accordingly.

With inflation reaching upwards of 9% in June 2022, the cost of living has subsequently grown. Thus, the Senior Citizens League, an advocacy group for elderly citizens, expects this year’s COLA to jump by a historic amount for 2023. The group predicted a 10.5% increase in June when inflation was at 9.1% and a jump of 9.6% in July when inflation cooled down ever so slightly to 8.5%. This response to elevated living costs would be the biggest adjustment since 1981.

The Senior Citizens League also noted that if inflation continues to be rampant, the COLA could reach over 10%, yet if inflation cools down, the adjustment could be closer to 9.3%. The current average Social Security benefit comes in at just over $1,600, and the adjustment could raise it by $159, according to a Senior Citizens League Policy Analyst. However, much of this increase gets eaten up by increases in Medicare costs, which in some cases even results in fewer benefits for seniors despite COLA increases.