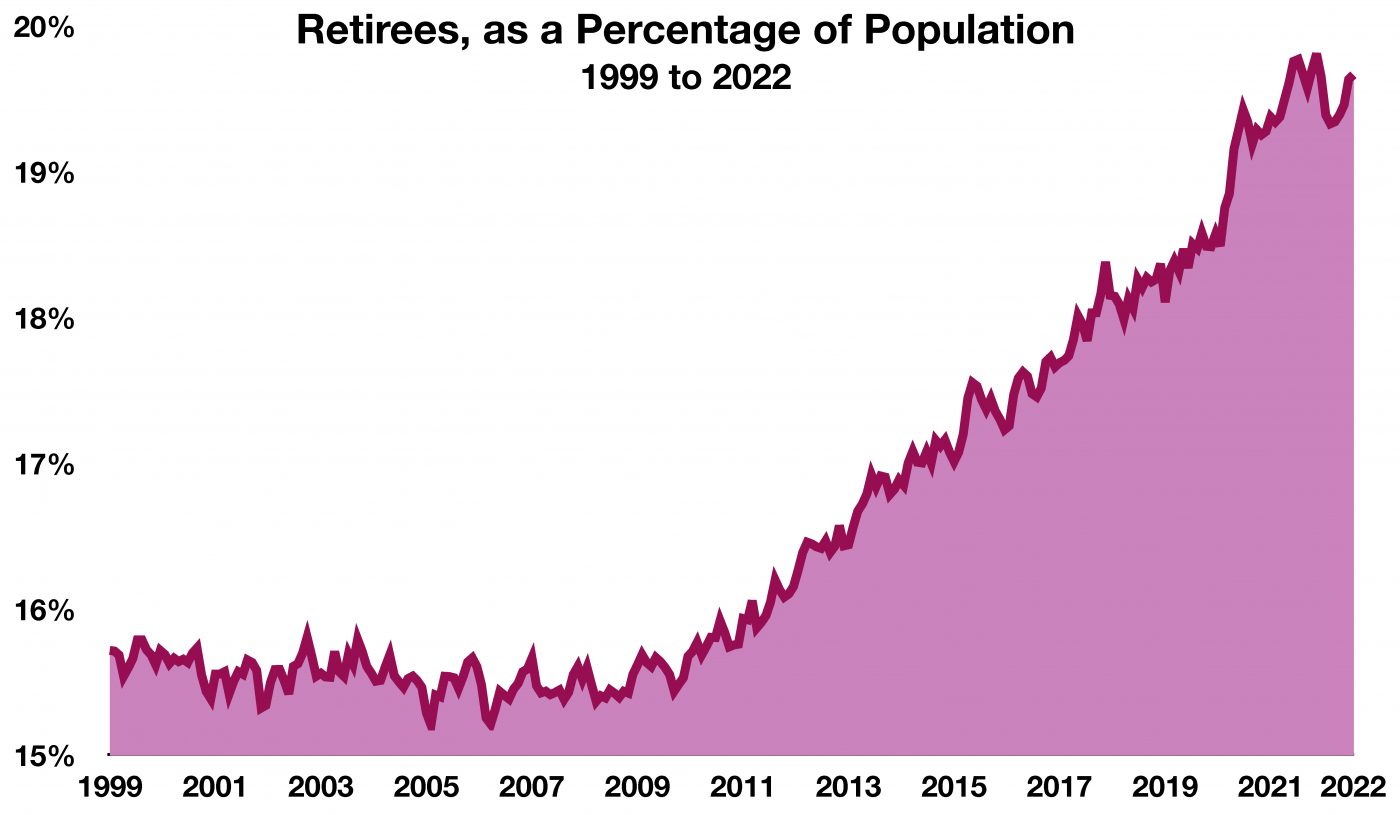 In comparison, the average annual growth rate from 2010 to 2020 was just 0.3% per year. Had this pace continued, the Kansas City Fed states that the number of retirees would have expanded by 1.5 million rather than the actual 3.6 million retirees. The increased rate generated over 2 million additional retirees.

This increase, however, is not attributed to the commonly held perception of retirement where employed people transition into retirement. According to the Kansas City Fed, this increase in the number of retirees is due to the decrease in the number of retirees who decide to come out of retirement and rejoin the workforce. So, for many retirees, deciding to go back to work sounds much more unappealing than it did in the years leading up to the pandemic.

Many retirees are still generally considered young enough to rejoin the workforce and have rejoined the workforce since the pandemic has calmed down this past year. From February 2020 to June 2021, 0.7 million people under the age of 60 retired, 0.5 million between the ages of 61-67, and 1.6 million between the ages of 68-75. Over 250,00 A large amount of these groups can return to work, which may lead to an increase in retirement-to-employment rates in the future.