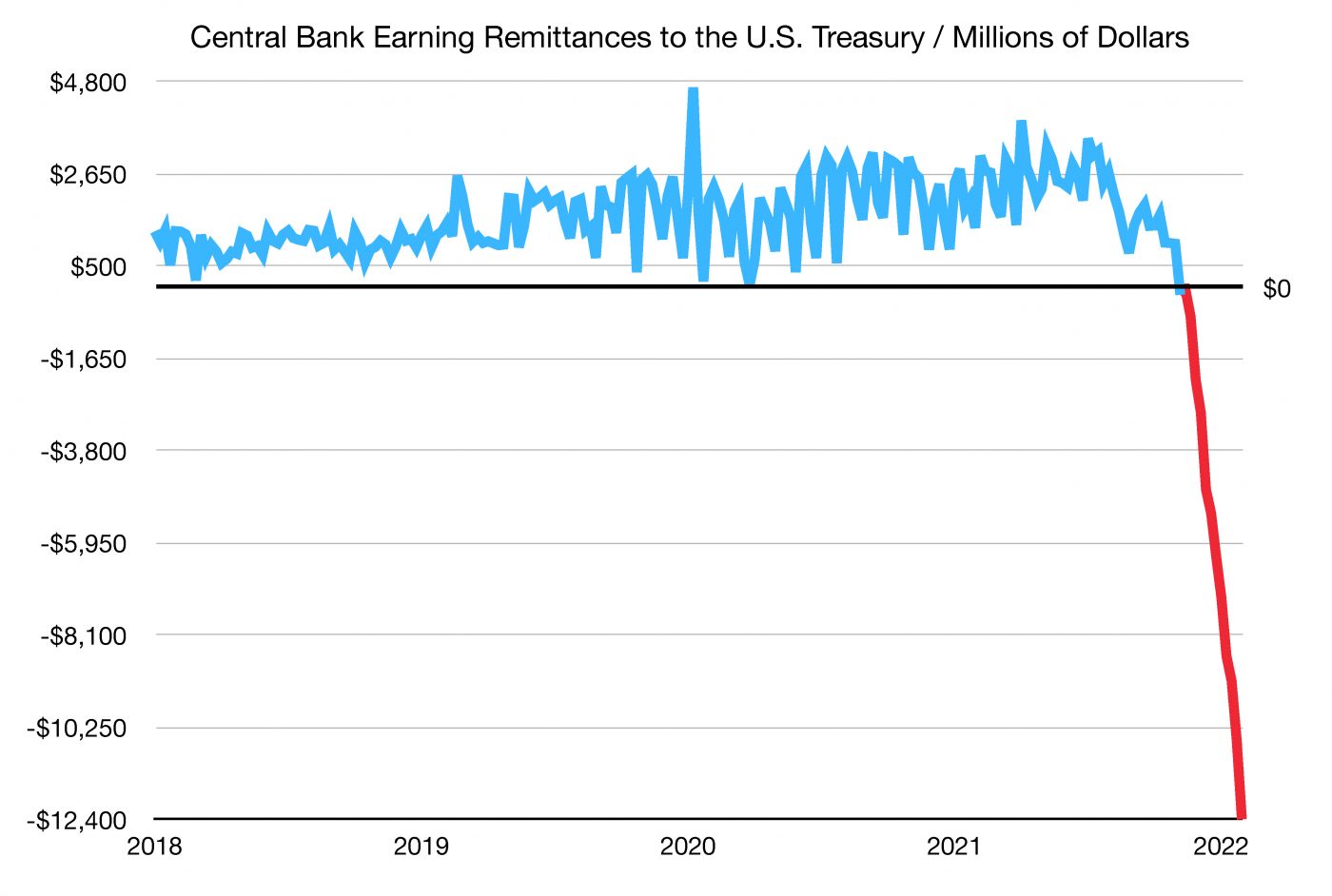 The Federal Reserve has posted its first operating loss since 2011, marking a stark turn in the central bank’s history since the 2008 financial crisis. Additionally, these negative earnings may put more pressure on the Fed to find a solution to inflation and the woes of a recession.

Federal debt is made up of excessive government expenditures alongside net interest payments. The latter of the two is more minor and directly related to the Fed’s monetary policy and control over interest rates. When interest rates are increased, the Fed must pay higher expenses to banks and counterparties, and thus the Fed begins to lose money.

As of November 30th, the Fed reported earnings remittances due to the U.S. Treasury of negative 12.4 billion dollars, the lowest value record to date by far. This is an abrupt turn, which sees the U.S. Treasury shifting from collecting over $100 billion from the Fed in 2021 to undergoing over $70 billion in losses in the past 3 months. Despite earning $77 billion in the first 8 months of 2022, the Fed will go into 2023 with a net loss due to their tremendous losses. With the Fed on track to continuously raise interest rates (even if by less each time), predictions based on the $70 billion already lost conclude that the Fed’s losses may even reach upwards of $120 billion by the end of the year.

However, this does not mean that the Fed will go bankrupt since it is unable to go bankrupt and its losses simply result in less money remitted to the U.S. Treasury. What is to be expected is increasing pressure on the Fed, as interest rates continue to burden the country and inflation is still at all-time highs. As of the most recent rate hike on November 2nd, the Fed Funds rate has a target range of 3.75% to 4%. This means nearly a 4% increase in just 8 months, which is the largest single-year increase to the rate made by the Fed since 1982 and places rates at their highest since 2008.