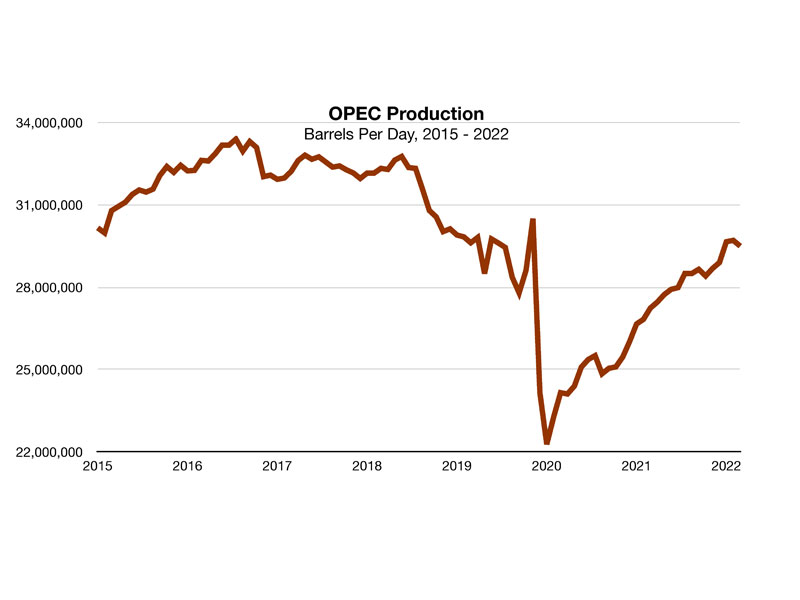 The Organization of the Petroleum Exporting Countries (OPEC) is a group of nations that are the world’s major oil producers, producing more than half of the world’s crude oil. OPEC has recently announced its largest cut to its production of oil since April 2020, dropping daily production by 2 million barrels. This decision is likely to raise gas prices for consumers across the globe and increases tension in already strenuous relations between Saudi Arabia and the United States.

Saudi Arabia, the de facto leader of OPEC, will voluntarily cut production while other OPEC members like Iraq may not be able to afford lower production levels. While Saudi Arabia denied that the production cut would harm Saudi-U.S. relations, U.S. officials see it as an act of aggression that may force a reconsideration of the already tense relations. U.S. officials also claim this to be Saudi Arabia siding with Russia, which has lost daily production of upwards of 1 million barrels per day due to its war with Ukraine. OPEC’s production cut could undermine the efforts of Western countries to move away from Russian oil.