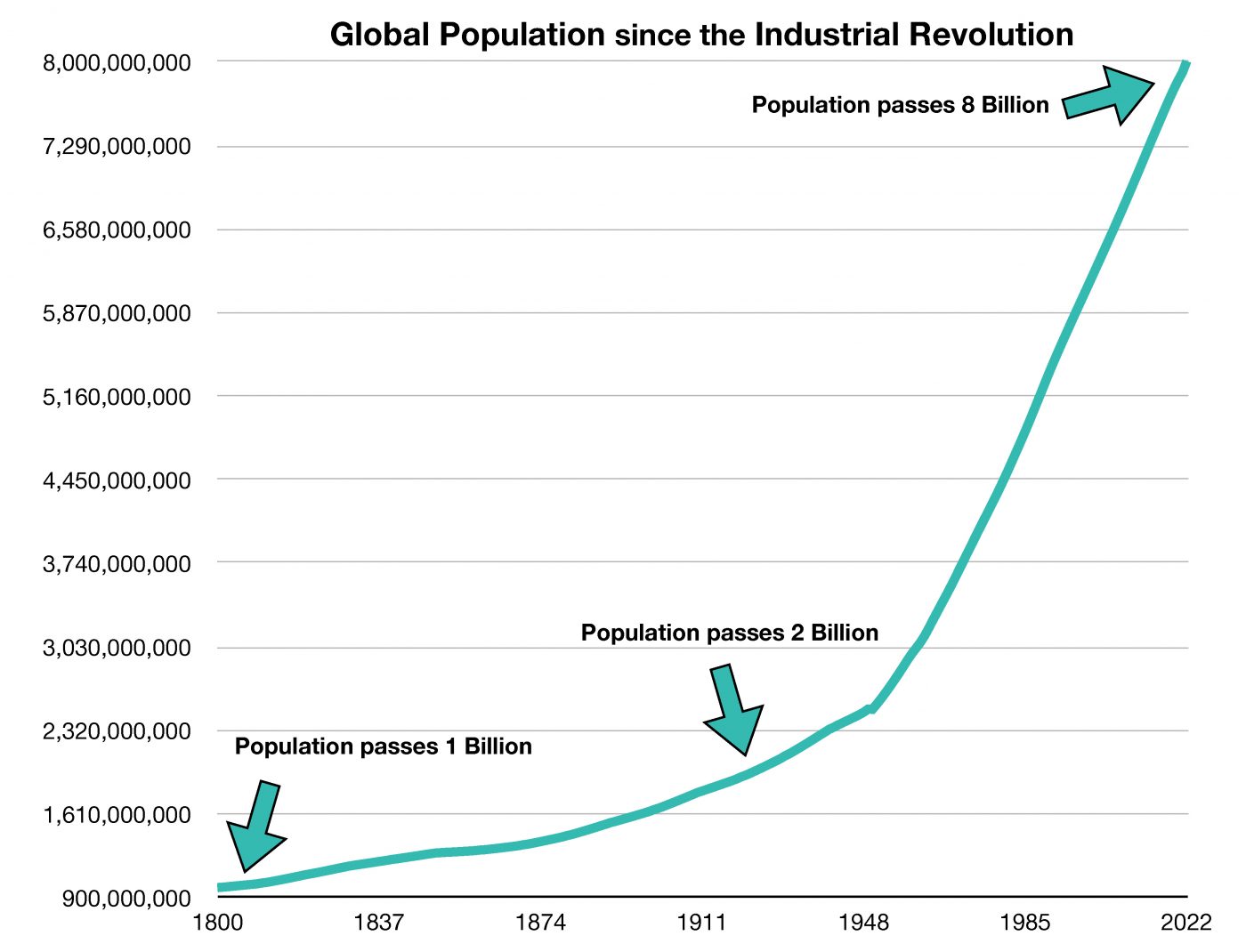 This growth is not unprecedented, as overall growth rates have been decreasing since the 1960s. Growth rates are currently less than 1% and peaked at around 2.25% in 1964. Populous nations like China and the United States have seen lower growth rates in recent years, yet much of the less developed world is experiencing tremendous growth. About 70% of the growth from 7 to 8 billion was seen in low-income and lower-middle-income, which is expected to continue despite the scarcity of reproductive health care in these regions. Some of the lowest growth rates were exhibited in Europe, and the European population is expected to decline over the coming years.

As it currently stands, most of the world’s population lives in Asia, with over 1.4 billion people living in both China and India, respectively. India is expected to surpass China as the world’s most populous nation as early as 2023, with China struggling with historically low births in recent years. The world’s third-most populous nation is the United States, in which over 330 million people live, followed by Indonesia, Pakistan, and Brazil. A major amount of the growth exhibited over the past decade has been in sub-Saharan Africa, where the population is expected to grow faster than the rest of the world for the next billion people as well. Global fertility rates are down globally, and high-income nations are seeing fewer young people under the age of 65. Overall, growth is expected to slow down, and even though it took only 11 years to go from 7 to 8 billion, it is projected to take 15 years to reach 9 billion and 22 to reach 10 billion.