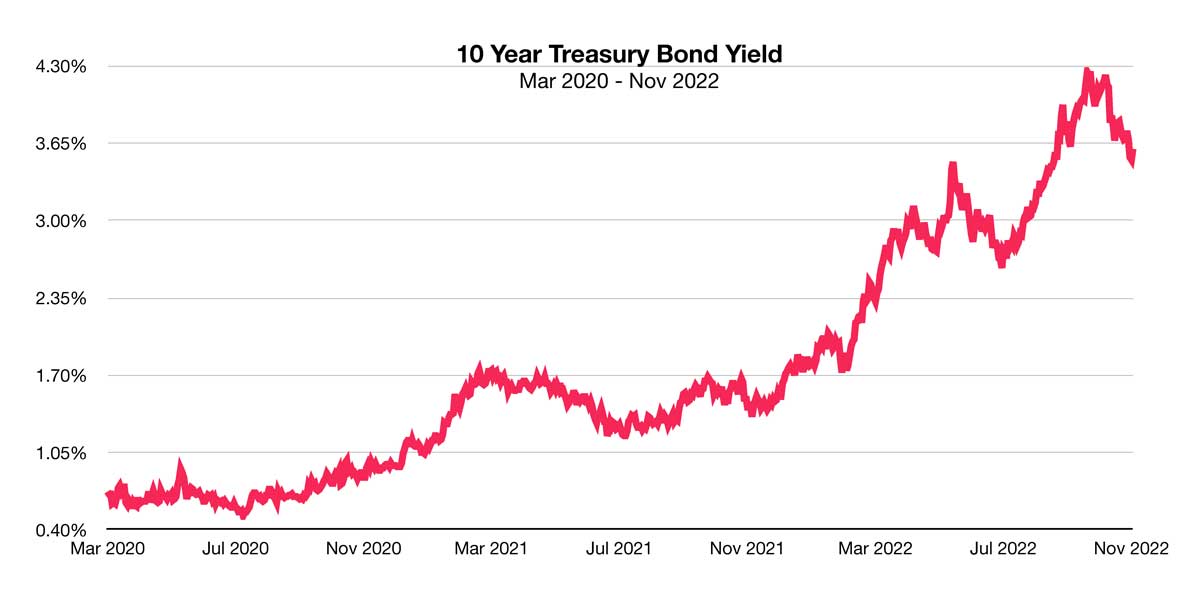 Markets reacted to indications that the Fed might slow its pace of rate increases heading into the new year. Such a change in monetary policy would be positively received by financial markets with the anticipation of eventual lower rates.

The supply chain constraints that existed this same time last year, have nearly been entirely eliminated. Production, shipping, labor, and material shortage issues were critical concerns during the height of the constraints. The alleviation of supply constraints has led to deep discounts by retailers which were widespread as retailers mark down prices on numerous items heading into the holiday season. Lower prices tend to dampen retail stock margins yet allow stores to reduce inventory and bring in consumer traffic.

A closely followed inflation indicator by the Fed, the Personal Consumer Expenditure Price Index (PCE), has been falling consistently since June. Data released by the BEA revealed a drop from 7 in June to 6 in October, signaling a drop in overall prices and inflation.

Recession fears continued to hinder markets from additional expansion, with growing concerns surrounding the labor market. John Williams, Federal Reserve President from the New York district, said that unemployment could reach 5% in 2023, up from 3.7% this past month. Regardless, the Fed’s primary objective of stamping out inflation remains key, meaning any further rate increases could slow hiring and raise unemployment even more.

Yields on U.S. Treasury bonds fell modestly in November, a vital benchmark for mortgage and consumer loan rates. The 10 Year Treasury bond yield fell to 3.68% in November, down from 4.10% at the end of October. Lower yields tend to offer a reprieve for consumers and businesses nationwide.